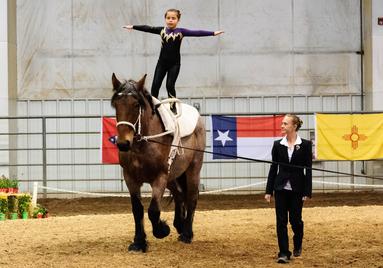 ​"I think that nothing is impossible when you want to fulfill a dream. A lot of people will tell you that you can't do it, that you don't have what it takes, but if it is in your heart and you feel it, there is nothing that will stop you. It is like the sun - you can't block it: it will shine regardless, if that is what you want".

Vaulting includes many physical, mental, and emotional benefits. It offers the opportunity to develop coordination, balance, strength, flexibility, and creativity. It provides the foundation for skill development, personal improvement, and building self confidence. It can also help gain responsibility, overcome fears, and reduce stress and anxiety. This is all accomplished not only through teamwork but working harmoniously with the horse. 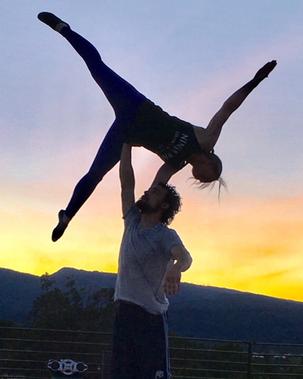 Vaulting is a unique and exciting sport involving dance, gymnastics, and acrobatics on the back of a moving horse.  The dynamic sport of vaulting is for children of all ages and abilities and can be recreational, therapeutic, or competitive. 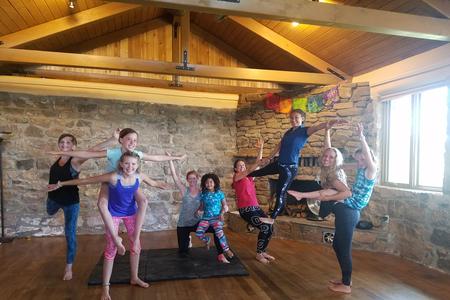 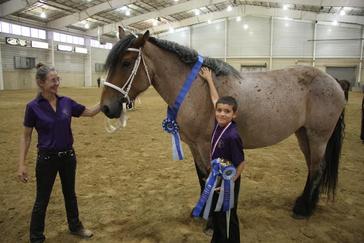 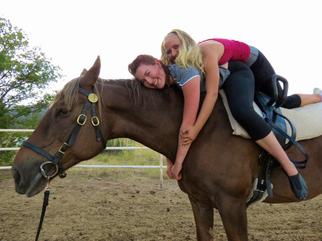 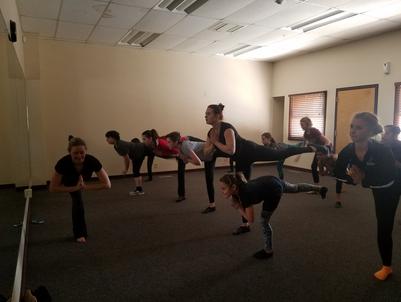 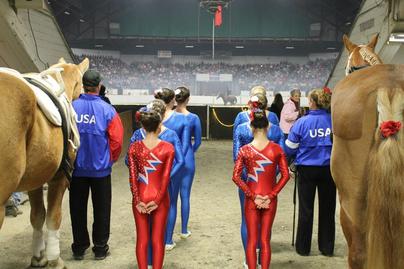 Equestrian vaulting, or simply vaulting, is often described as gymnastics and dance on horseback. It is a unique and growing sport with a rich history dating back more than 2,000 years. Origins can be traced back to Roman games which included acrobatic displays performed on cantering horses. Tracing history through the Middle Ages and the Renaissance, many references to vaulting are made, and it was during this time that the practice of “La Voltige” (drill riding and agility exercises performed on horseback were done by knights and noblemen) gave the sport its present name. Perhaps vaulting's most prominent recognition as a form of equestrian sport in more recent times was its inclusion (as "Artistic Riding" by cavalry officers) in the 1920 Olympic Games. Modern vaulting was developed in postwar Germany as a means to introduce children to equestrian sport and it remains a popular training and competitive sport across Europe. Vaulting is relatively new to the United States and did not make its way to the states until the late 1950s. The first official competition took place in 1969 in Watsonville, CA. Since that time, vaulting has experienced significant growth and expansion and is enjoyed by equestrian enthusiasts of all ages and abilities.

Vaulters Del Sol is a family owned and operated non-profit corporation located in Sandia Park, New Mexico. The team trains at the beautiful facilities of Sol Equestrian LLC - Equestrian Academy. The team started in 2006 with an untrained horse, a couple of excited kids, and dream! This excitement and passion has grown over the past 10 years and sees no end in site of what can be accomplished. What started as a very small dedicated group and  has now grow to over 35 participants and 6 horses. We currently have members ranging from beginners to internationally competitive with a full mix of ages and abilities.  We have tiny tot classes (ages 3-6), a flourishing competitive program, recreational vaulting, adult classes, and adaptive lessons. All classes have an emphasis on fitness and well-being in a fun and supportive environment. As we continue to grow and evolve, the sky's the limit.​​