Greta Shryock is the coach and founder of Vaulters Del Sol. She has been riding horses since she was born and started gymnastics and dance at the age of 4. Although she was involved in numerous athletic activities, her passion for horses and acrobatics stood out above the rest. At the age of 9, Greta watched a vaulting demonstration at a local horse fair. After witnessing what seemed to be the greatest combination of sports ever created, she began training and competing with a local team in Albuquerque, New Mexico. Her athletic ability and natural movement with the horse helped her quickly excel in the sport. That introduction ignited a love that lead to 20 years of nationwide competition, 4 national titles, and a career that would last a lifetime! In 1996, Greta was selected to participate with a national demonstration team chosen to perform at the Olympic Games in Atlanta. At that point, she realized her flair for performing and the joy of working in front of a crowd. Since then, Greta has been performing for the past 20 years at numerous venues across the USA. Throughout her 25 years of vaulting, she has taught, trained, and worked with teams from all over the United States, Mexico, and Peru. She has been teaching for over 15 years and still continues to compete and perform. In 2014 She was awarded the Mentor of the Year Award from the American Vaulting Association in honor of her hard work and dedication to the sport. She has a degree in Exercise Science, is a certified personal trainer, and is as a FEI (Federation Equestrain International) certified vaulting coach.

McCalla is a 17 year old Belgian/thoroughbred and stands 17 hands tall. She has been part of the team since 2012 and is currently carrying all of our beginning canter vaulters. She was purchased from her original owner in Montana where she did dressage, jumping, cross country, and was trail ridden all over the Montana mountains. McCalla is very kind hearted and caring and loves her life as a vaulting horse. She is like riding a big couch and is one of the safest horses in and out of the arena!! 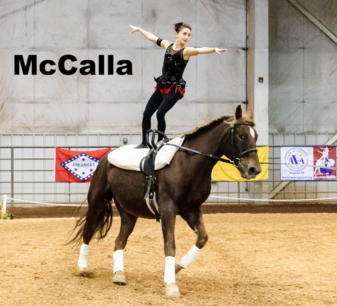 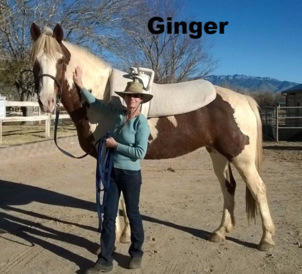 Ginger is a 11 year old, 17.3 hand Belgian/Thoroughbred. She was an aspiring competitive driving horse in Scottsdale, AZ before being purchased by the team in 2015. She is currently in training to carry our advanced vaulters and we are confident that she will be the future of our high level team. Ginger is the sweetest horse and absolutely loves attention (almost too much). She is very smart and very mischievous! She will pick up and play with anything within reach.

Lucy is a 7 year old Haflinger. She is 13 hands small and is in training to carry the beginner vaulters and tiny tots. She is size appropriate for our younger/smaller kids and will be a wonderful addition to the bigger horses.  We look forward to having her ready in the near future to help grow our program. 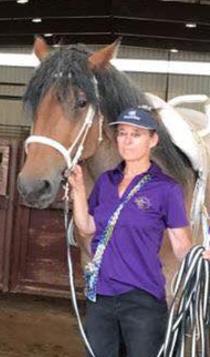 ​The horses are the foundation of this team. Without our amazing horses, none of this would be possible! All of the horses are specifically trained for the program and were hand selected based on their temperament, gates, and suitability. All our horses are used for competitive vaulting, adaptive/therapeutic vaulting  and are cross trained regularly with riding and dressage. 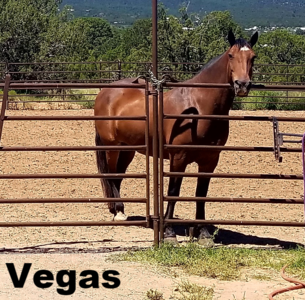 Kris Shryock is the main lunger (the one who controls the horse) and horse handler. She assists in all training and care of the horses.  Kris has been horse crazy her entire life, still is, and will continue to be for the rest of her life. She always says, "The blood of the horse runs through my veins". Being obsessed with horses through her teenage years kept her out of trouble as she was a bit of a "wild child".  Both Greta and Kris were introduced to vaulting in 1991 after watching a demonstration at a local horse event. After Greta started vaulting, Kris was a proud parent and supporter throughout everything Greta pursued in the sport. 25 years later, here we are, with amazing team of kids and horses. Kris is the reason Vaulters Del Sol exists to this day and continues to support the dream of not only her daughter but all of the the kids involved on the team. 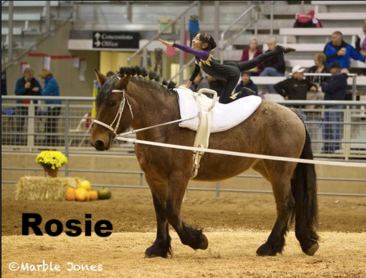 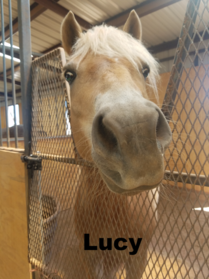 Desert Rose AKA Rosie is a 11 year old Ardennes Belgian. She is 17 hands tall. She is the amazing horse that carries the majority of our walk, trot, and adaptive program. She is the reason we are able to start kids in such a safe and rewarding way. She was donated to the team in 2011 from her original owner in Estancia, NM. Before coming to Vaulters Del Sol, Rosie had no previous training and had never had anyone on her back (other than me, who was crazy enough to hop on her to see how she would react). After 30 days of training by my amazing farrier (Randy Saiz of Saiz Horse Shoeing) Rosie was on her way to becoming a vaulting horse. Rosie is now nationally know and adored by all. She is the slowest and safest horse and absolutely loves her kids!

Vegas is a BLM (Bureau of land Management) mustang that was adopted as a yearling  and raised at September Songs Stables in Austin, Texas. He has been ridden in the week long San Antonio Alamo trail rides, attended Buda Parades, and has demonstrated his vaulting skills in Rodeo's across Texas. In addition to vaulting and riding, Vegas has also made a T.V. debut in "Friday Night Lights" and "Wild about barns". Vegas was graciously donated to Vaulters Del Sol from Lonestar Vaulters in Austin, TX and we are very excited to have him as a part of wonderful team. 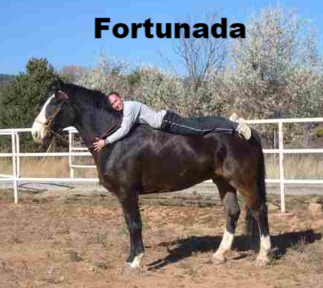 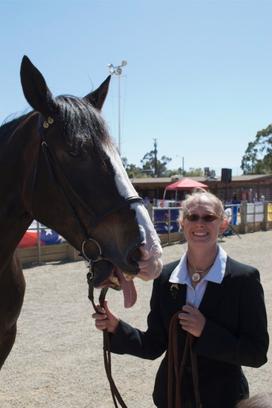 Fortunada is a 19 year old Percheron/Swedish Warmblood and is 16.3 hands tall. He is the main advanced horse for our team and carries all of our higher level vaulters. He was purchased in 2007 and was intended to be a competition horse for Greta at the time. About 2 weeks after purchasing him, there were around a dozen kids who wanted to start vaulting and the rest is history! Fortunada was the first vaulting horse the team had and became the foundation and backbone of Vaulters Del Sol. He has carried the kids on this team from the first day they started all the way to the gold level. His good looks and goofy personality make him the center of attention (which he prefers) in most situations.